Energy building spatial data interoperability allows us to explore interoperability within domains, where specific data and knowledge paired with established and emerging systems pose various challenges to interoperability and data integration. The topic is hotter than ever before with the current sky-rocketing energy prices. It addresses how to build robust platforms for a specific community that bridges all the way from raw data to decision-makers. The participants and their roles are presented in the figure below: 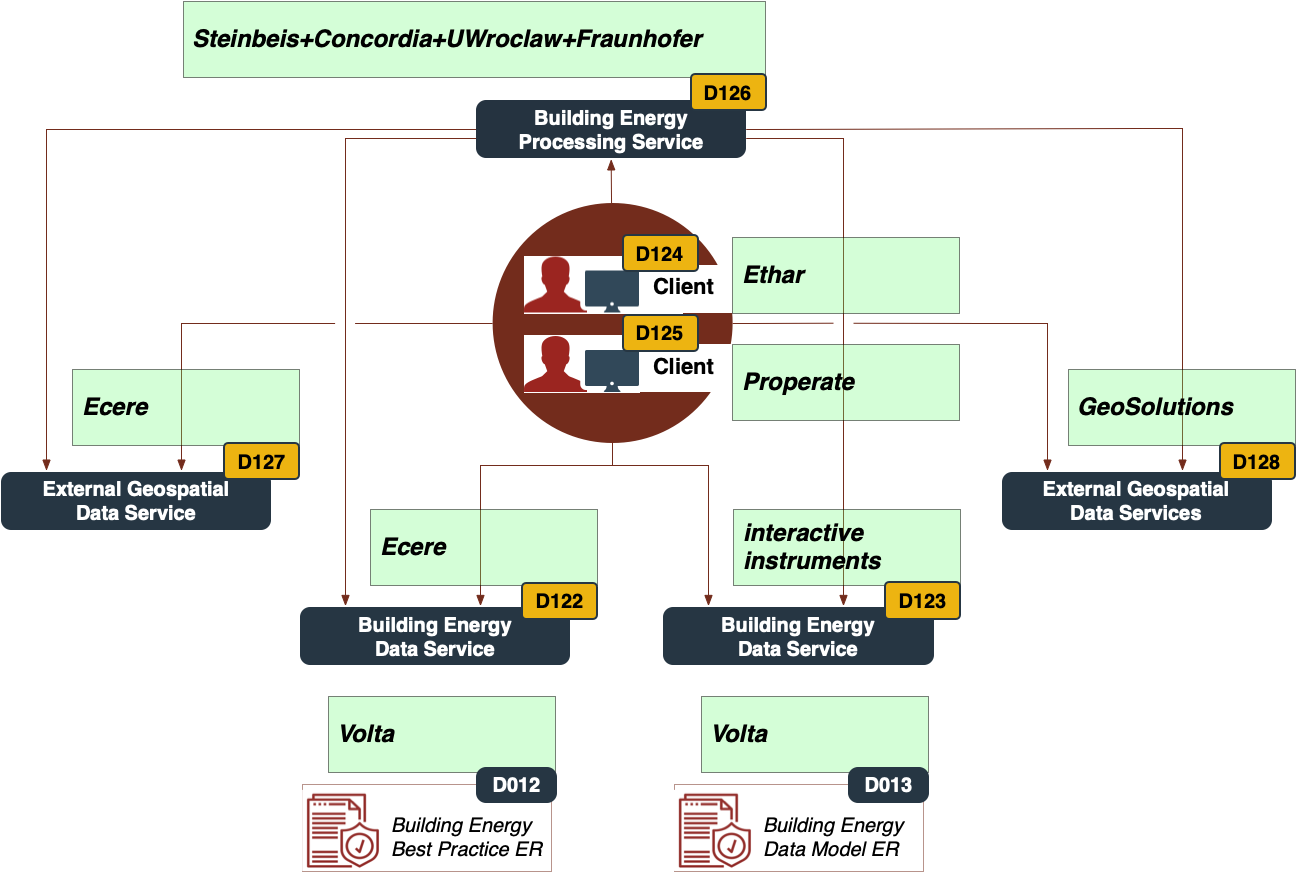 In the project NeqModPlus we developed models and tools to simulate energy demand and different energy generation systems of buildings and city quarters that can help reach the goal of zero carbon emissions. One of the case studies is a new building of the inner-city campus of the University of Applied Sciences in Stuttgart, Germany. Here we have measured data and can compare this with our models. In this visualization, we compare the measured heating demand with the results of two different simulation models that vary in their complexity. The complex model is a dynamic calibrated white box model that is described in [1]; the other is a steady-state simulation [2] according to German norms DIN V 18599 and VDI 4710. Both simulations include detailed building physics data as well as locally measured weather data; the steady-state simulation also uses the calibration results of the dynamic model for temperature setpoints and schedules. 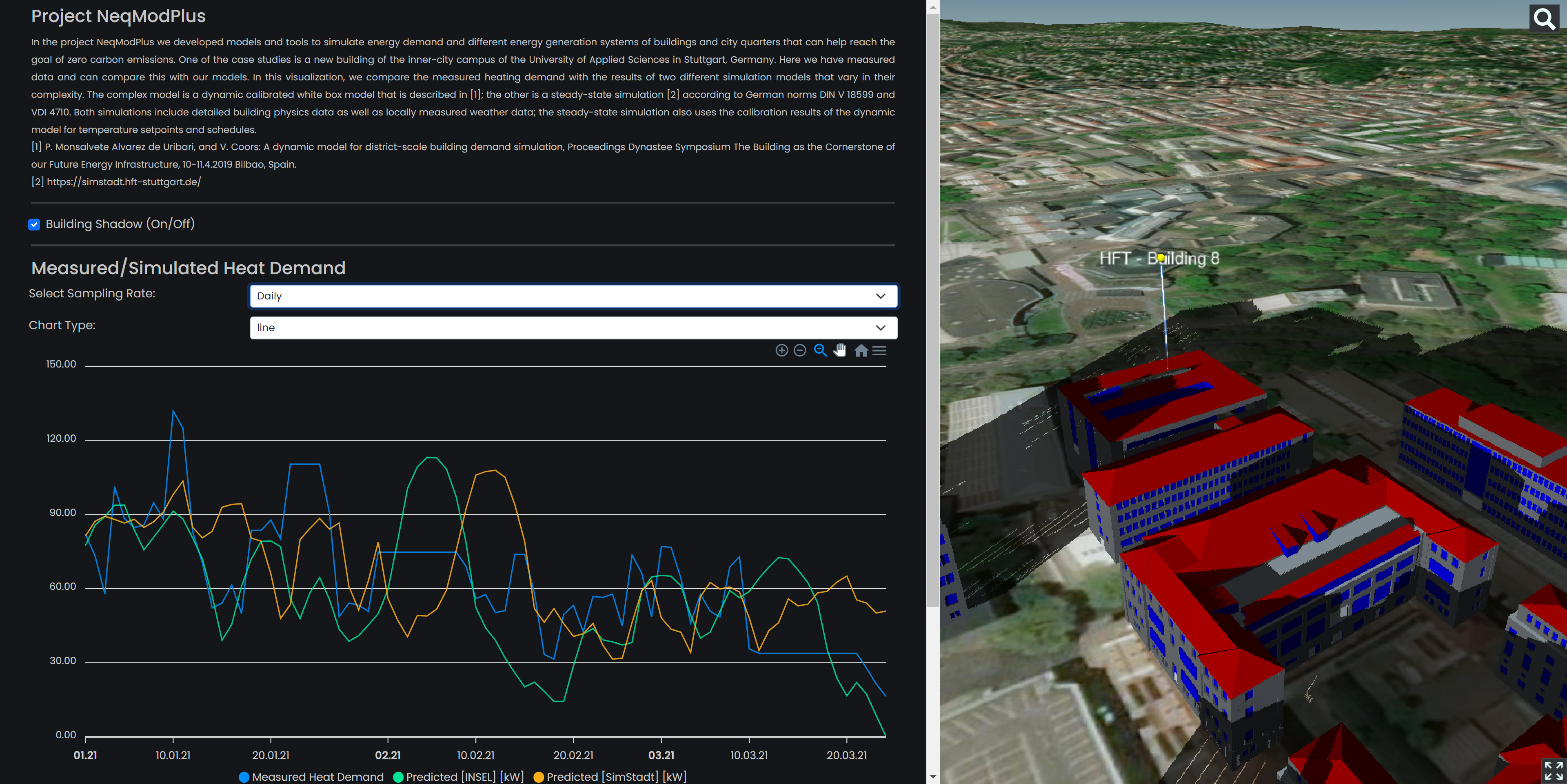 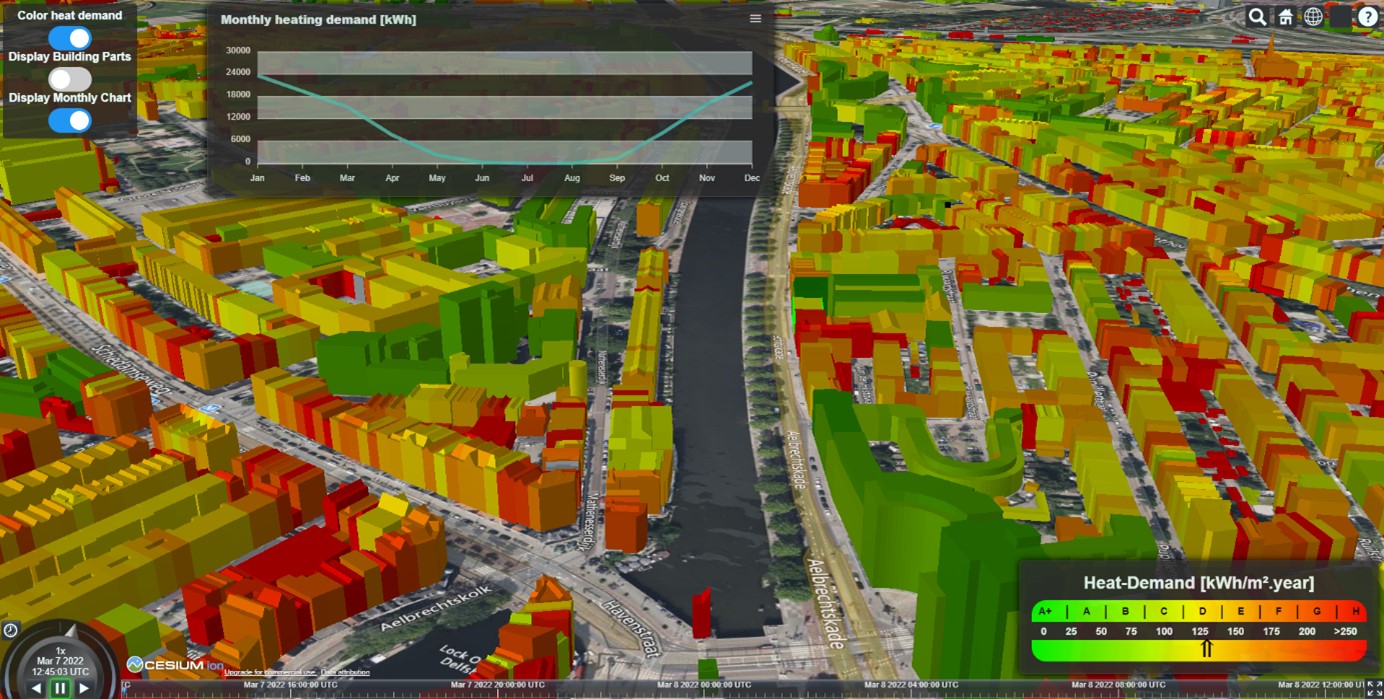 Important Links:
To the Application

The goal of the Sprint is to advance the use of relevant OGC and Khronos standards in the modeling and simulation community through practical exercise and testing of the draft specification produced by the 3D Data Container and Tiles API Pilot. Of particular interest is the handling and integration of glTF models coming from multiple sources. There is secondary interest in the spec's implementability, consistency, completeness, and maturity. Implementation experiences obtained from the Sprint will advance the interests and work of the OGC Interoperable Simulation and Gaming Domain Working Group (ISG DWG) and of the OGC Standards Baseline in general. 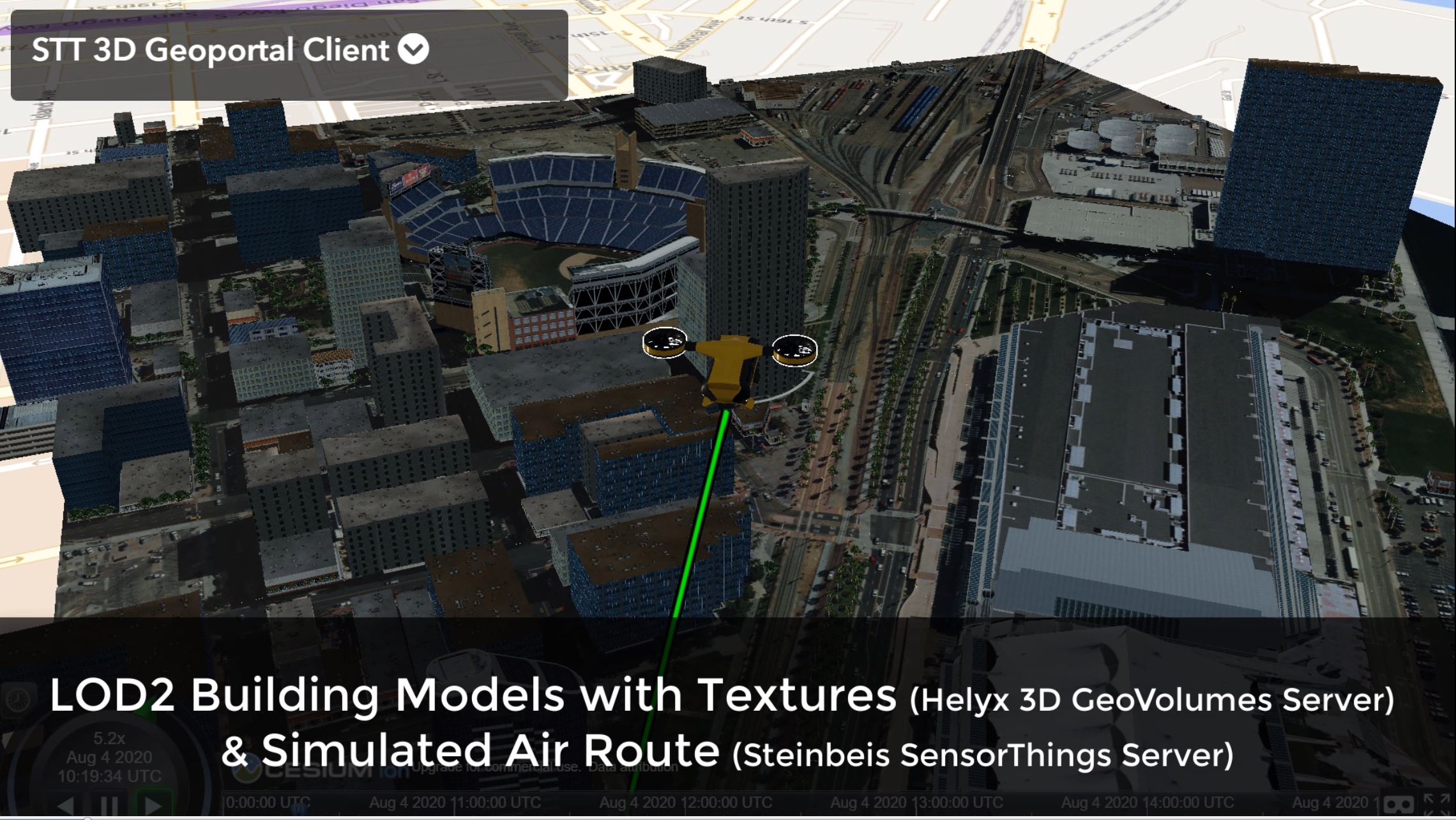 The goal of the 3D Data Container and Tiles API Pilot is to explore an integrated suite of draft specifications for 3D tiled geospatial resources and compatibility with existing OGC 3D delivery standards such as the 3D Portrayal Service, I3S, and 3D Tiles Community Standard. This suite will support smooth transitions between 2D and 3D environments; allow applications working with 2D tiled resources to get 3D tiled resources; and enable 3D tile bounding volumes to support multiple data containers.

To achieve these goals, the Pilot will develop a draft API that is compatible with the OGC API group of standards (and candidate standards) and which allows access to, and query of, 3D geospatial data and a corresponding container format for streamed data delivery compatible with glTF. The Pilot funds a number of data server and client implementations to test the new API and data delivery. Further, the Pilot will include an analysis of characteristics and capabilities of the new API in comparison with existing or emerging 2D standards. 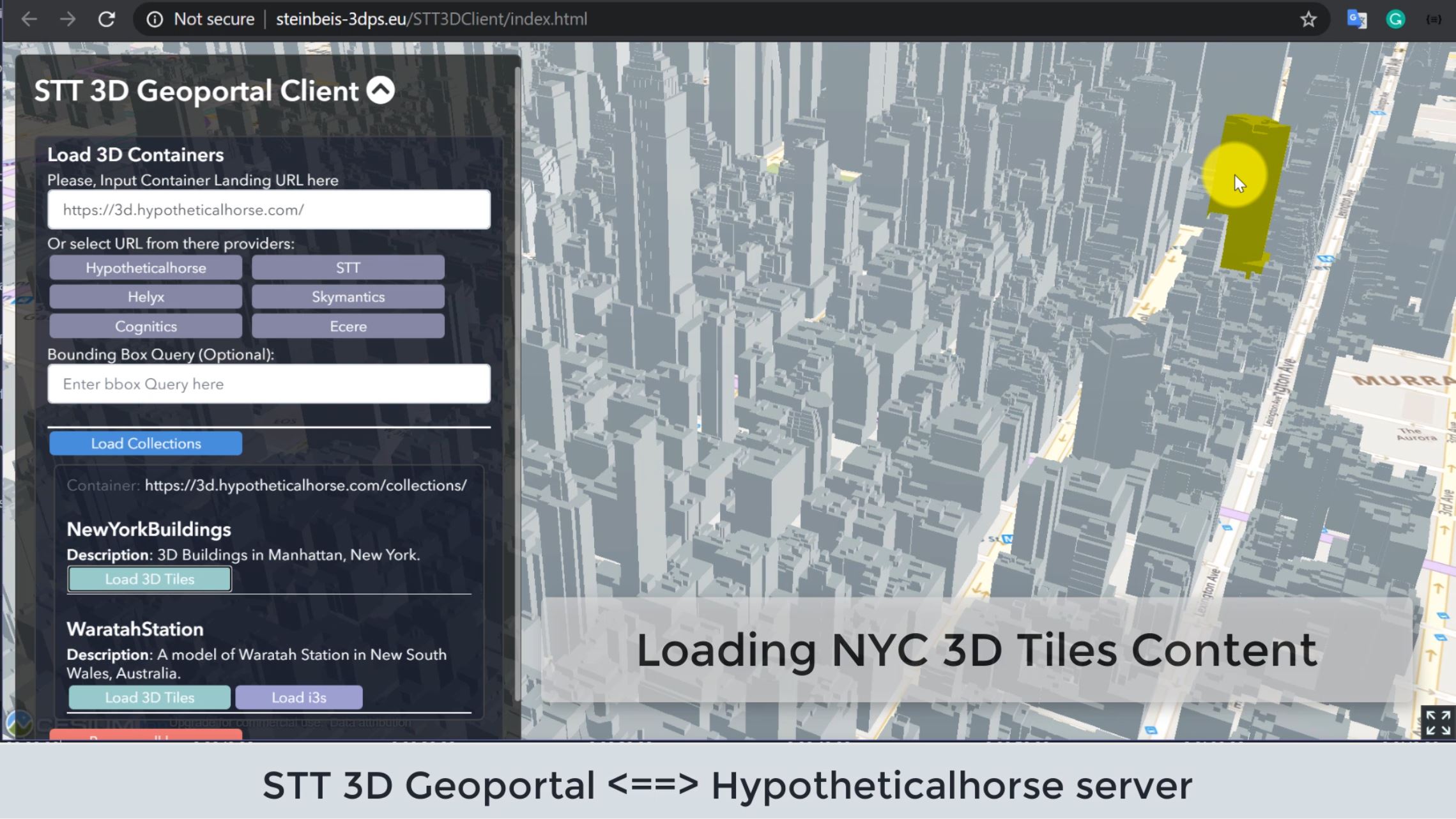 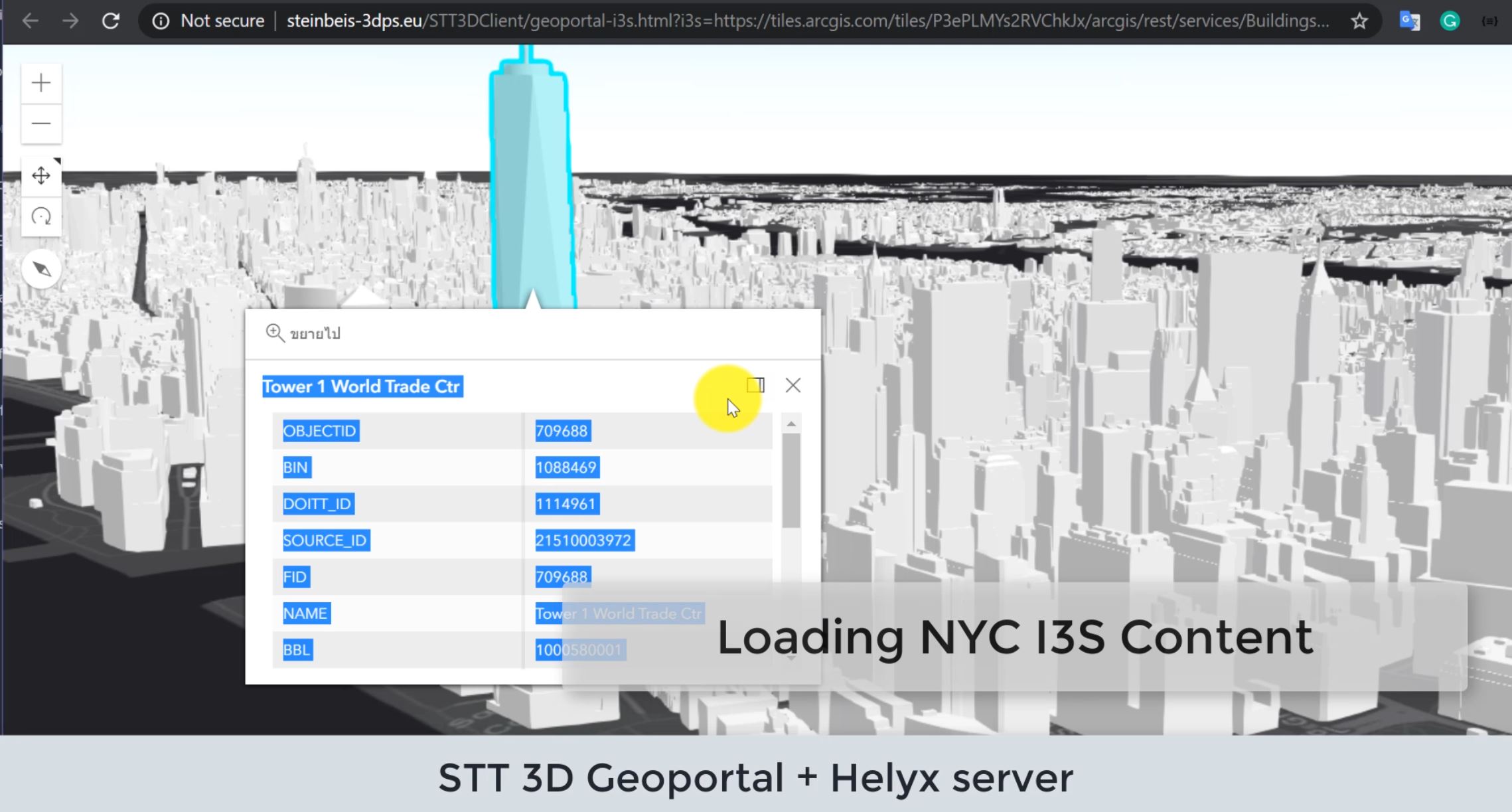 The goal of the pilot is to advance the use of open standards for integrating environmental, building, and internet of things (IoT) data in Smart Cities. Under this initiative a proof of concept (PoC) will be conducted to better understand the capabilities to be supported by a 3D IoT Smart City Platform under the following standards: 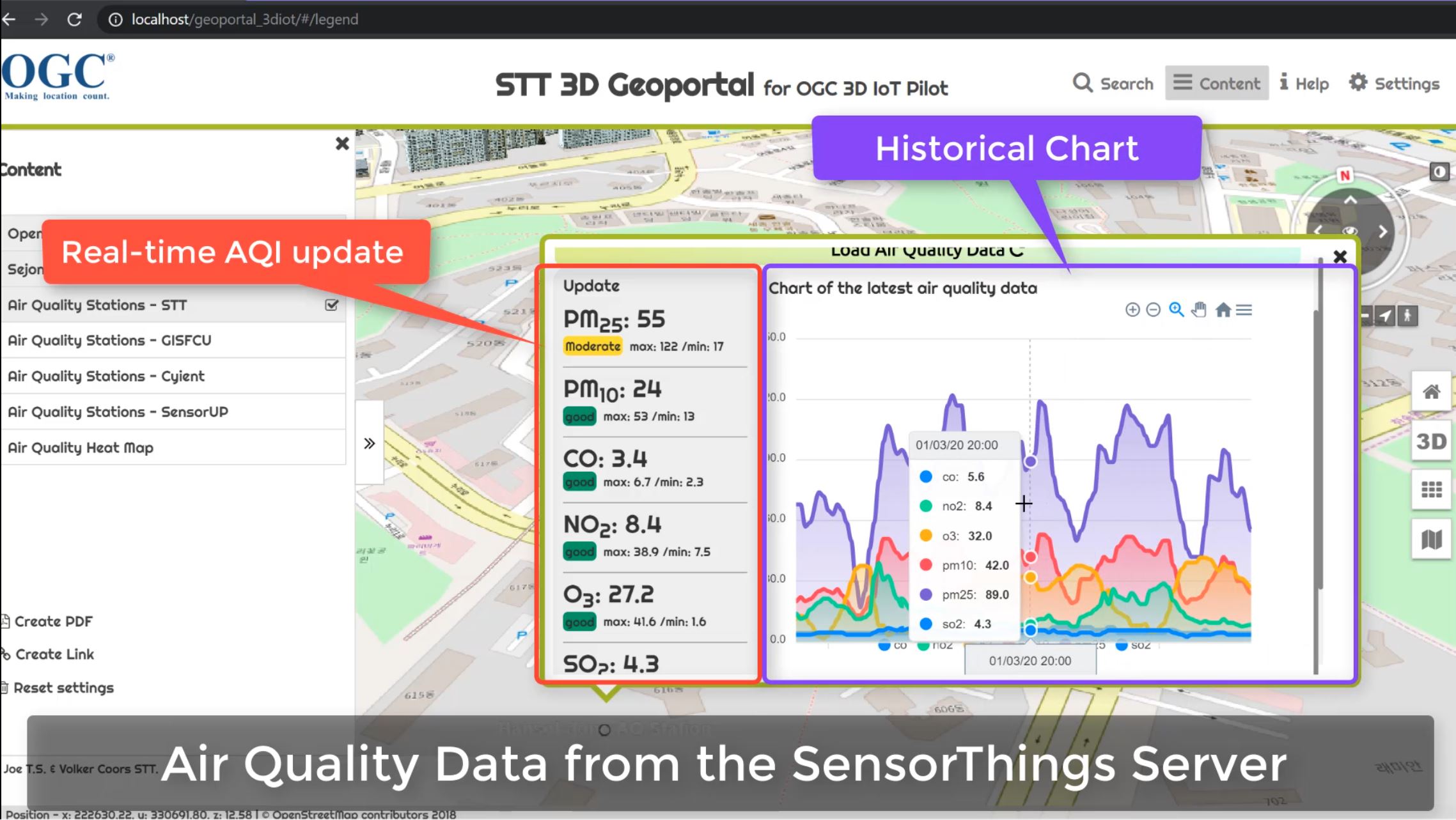 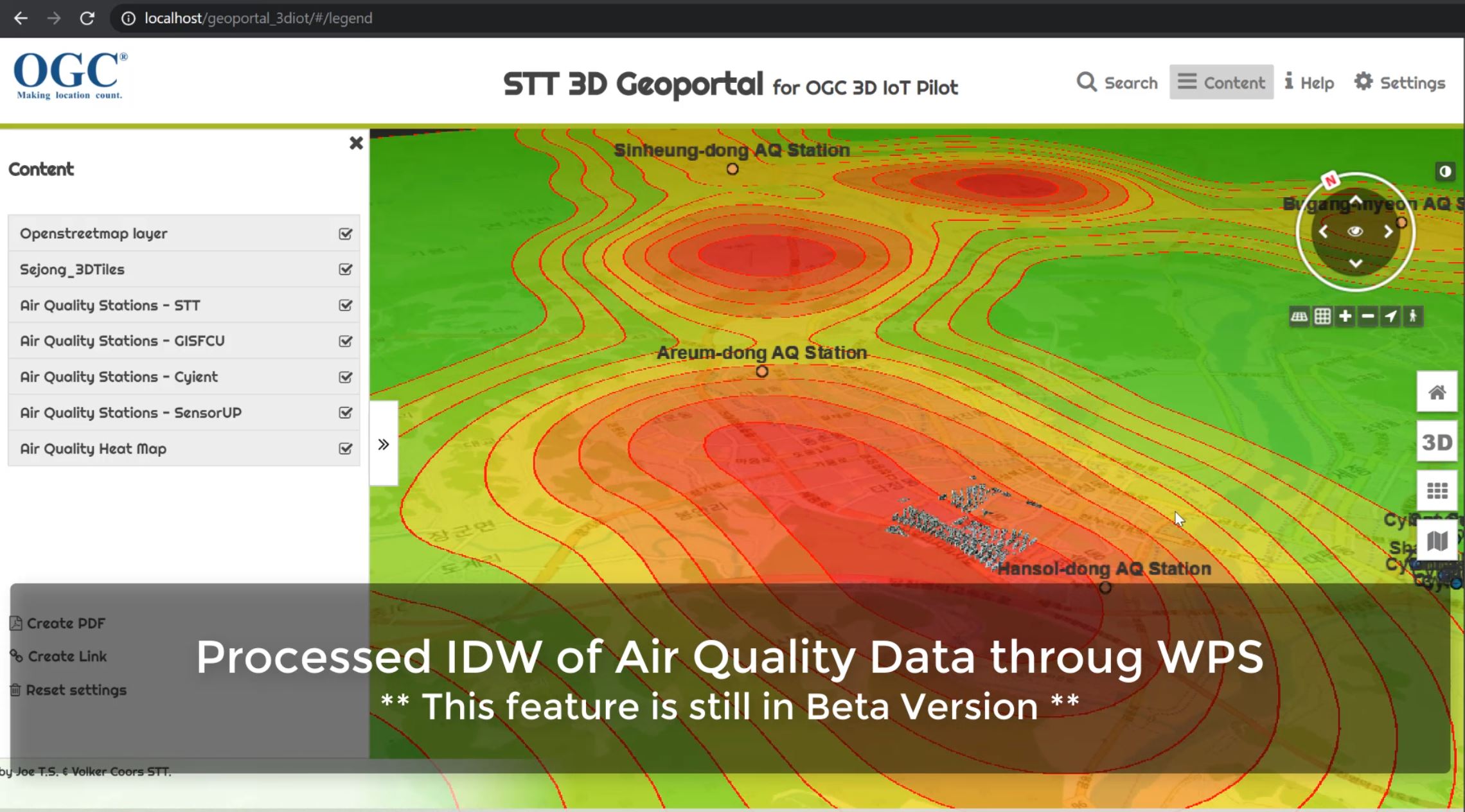 A team of HFT Stuttgart will participates in CityGML Challenge with Manchester3D web app. In this challenge the Open Geospatial Consortium is encouraging software developers to configure visualisation software tools to support the capabilities of version 3 of CityGML, including dynamic data feeds from a range of sensors. The resulting tools and visualisation environment are to be made openly available for one year for wider non-commercial experimentation and innovation purposes, in particular as part of a Triangulum Innovation Challenge focused on energy and mobility applications. Our app has several features including: 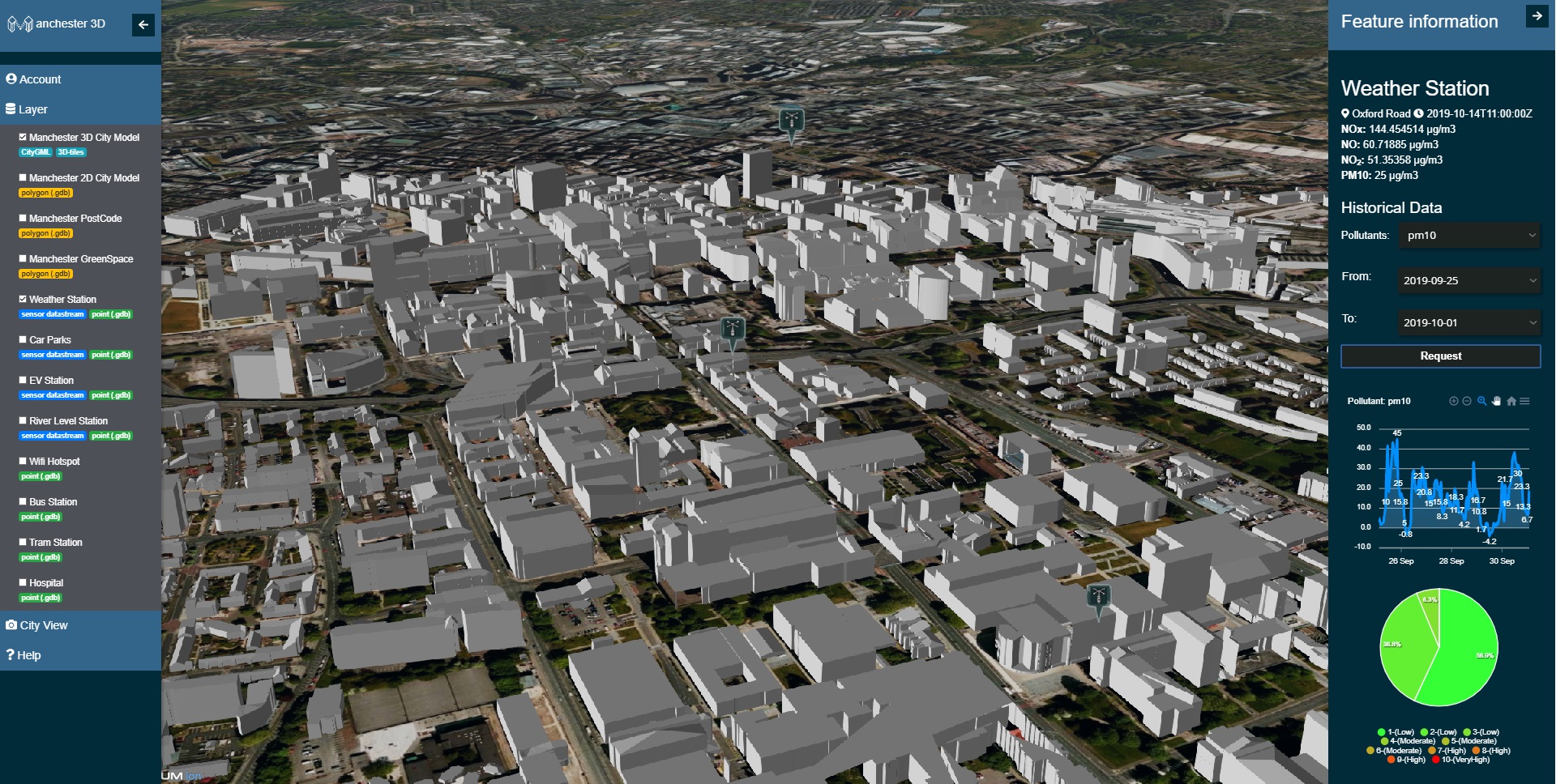 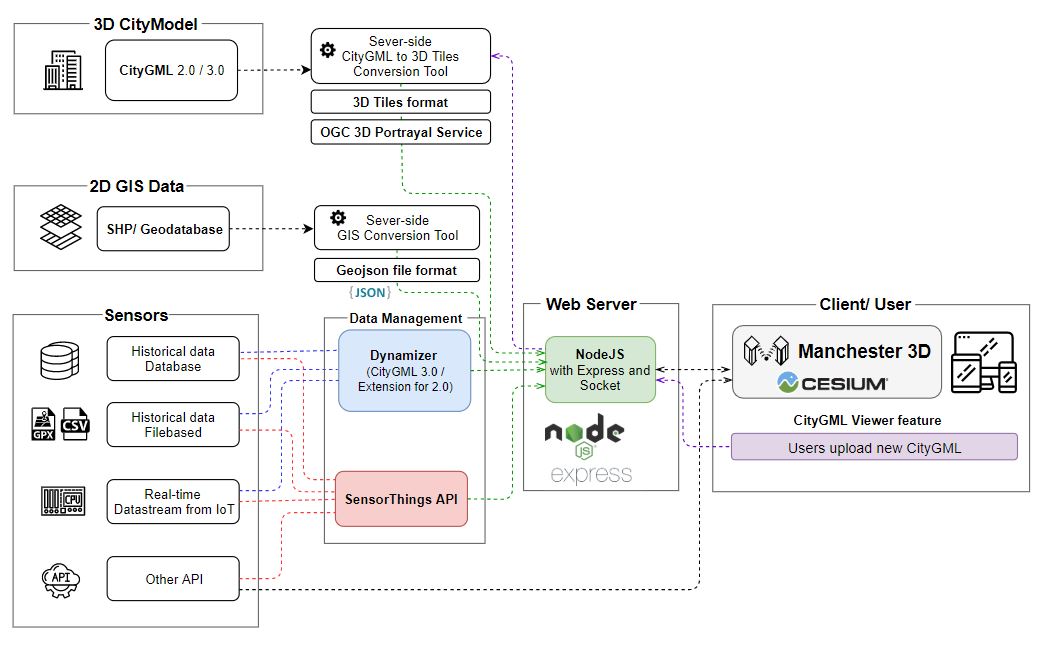 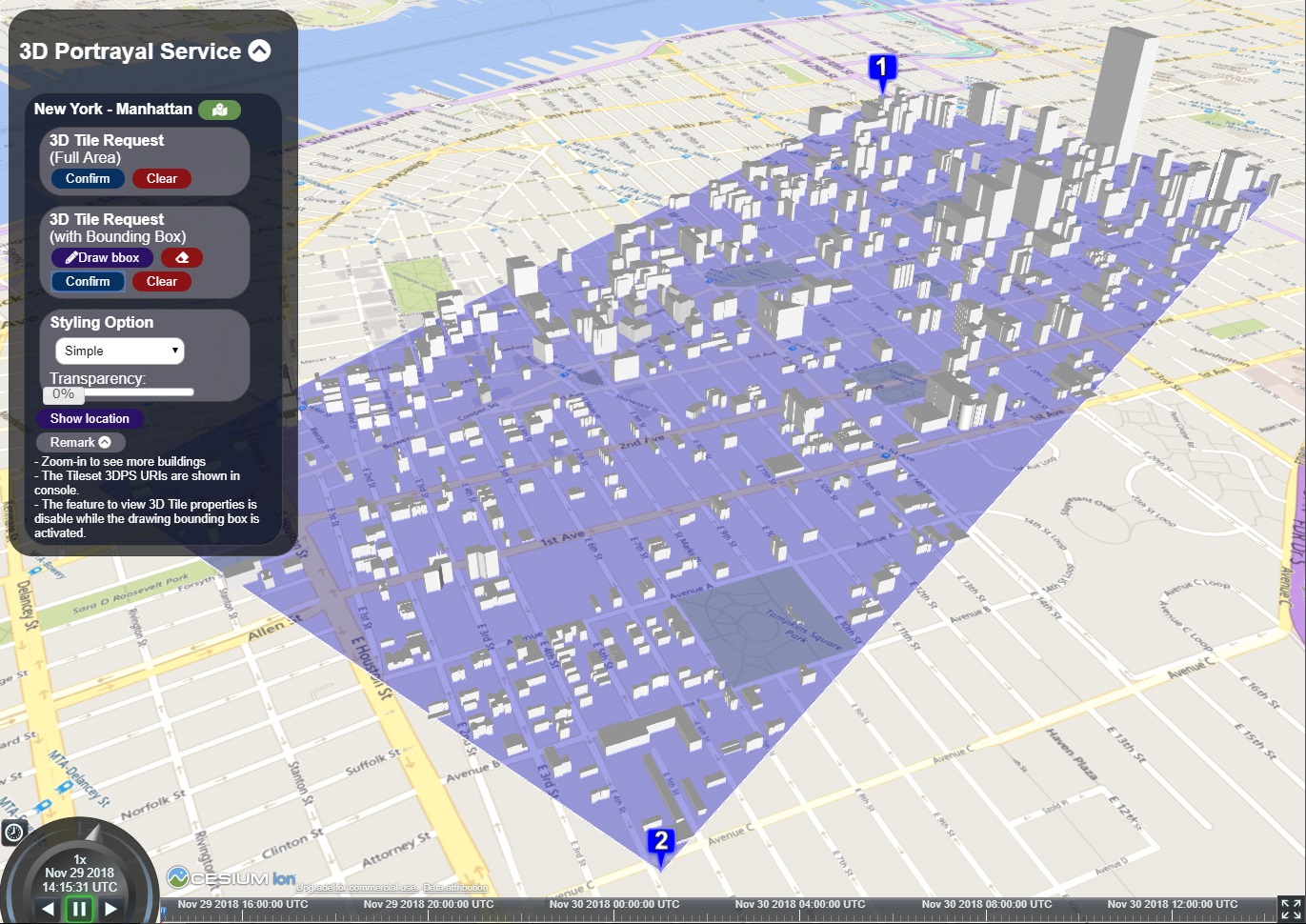 An experimental "CityGML" viewer in Cesium, uses FME to convert CityGML to 3D tiles but keeps the semantics of CityGML 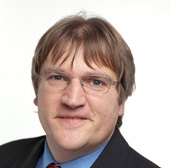 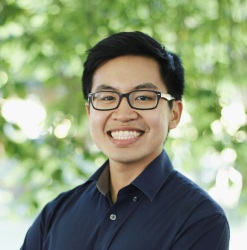 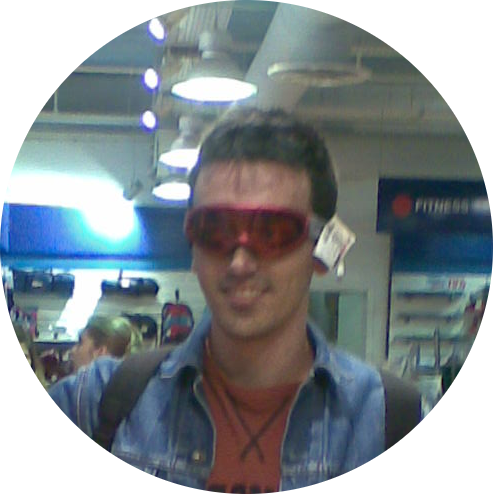